A Closer Look at the Hashverse

As of today, a protocol named Hashflow has officially launched a token called HFT. HFT is the native token for the Hashverse, which they describe as a “gamified, storyverse-driven, NFT-powered governance structure”. Yes I know, that sounds like a bunch of web3 buzzwords strung together. But it seems like they’re pretty serious about this whole thing, so let’s dig into it. 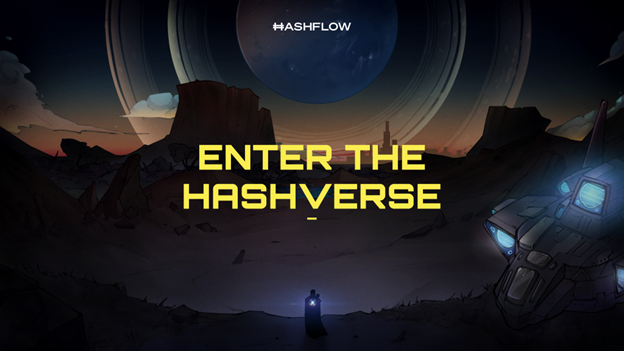 First, some quick background: Hashflow itself is a DEX designed for interoperability, zero slippage, and MEV protection. It uses a RFQ (request for quote) model to fetch price quotes from market makers, who cryptographically sign these quotes for the duration of a trade. This essentially locks in the price of the asset being traded, making it immune to front-running and sandwich attacks.

So where does a storyverse fit into this?

Returning back to the Hashverse, Hashflow has decided that traditional DAOs are insufficient and decided to try something far more ambitious: gamifying their DAO. They’ve combined with renowned Hollywood creative agency Superconductor, which was founded by the Russo Brothers and Justin Lin - directors of the Marvel movies and The Fast and The Furious.

Superconductor specializes in something called “Must See Marketing” which they have defined as “creating content that audiences want to watch and love to interact with”. Under their capabilities section, there’s some interesting things listed: virtual reality, augmented reality, cinematic tv, activations and stunts, etc. Something tells me that at the very least, the visuals for the HashVerse won’t disappoint.

In the Hashverse, users will be able to stake their HFT tokens using a ve model, which will create an in-game character. Collectively, the community will vote to “determine the destiny of the Hashverse”. This to me sounds like Hashverse has decided to throw their community into one of those Choose Your Adventure books that you used to see at the book fairs in elementary school. (Please tell me I’m not that old and that you guys know what I’m talking about.)

Users can level up their characters by completing HashQuests to gain tradeable NFT rewards of loot items and XP. (Yes I know, it sounds a bit like that one particular cursed gamefi coin that starts with a J and rhymes with mule, but hopefully HFT turns out better.)

The announcement mentions that you will use your IRL skills to complete tasks to benefit the community, though it’s unclear what these tasks are. It’s possible that HashQuests is just their gamified term for DAO contribution, supporting the idea that anyone can contribute and earn HFT regardless of the amount of HFT they hold. “Benefit the community” is an almost deliberately vague term though, so it could also just mean that users will earn HFT they can vote with.

One interesting part of the HashVerse announcement is the final sentence of the paragraph where they discuss HashQuests and NFT loot rewards.

Here’s the final sentence: “Collecting these artifacts will allow you to evolve your character, unlock new quests, and boost your XP — all while earning more HFT!”

The last interesting part from that sentence is being able to unlock new quests. If they meant evolve as in a Pokemon sense, perhaps quests are tied to evolution stages. All in all, a lot of food for thought here, though I admittedly could be reading too hard into this.

Although there’s only a few sentences here, a lot of information is revealed about the Hashverse.

First, there is a variety of environments and resources on the Renova planet. I think it’s safe to assume that either you individually or the community as a whole will be able to collect natural resources from all of these different places.

Secondly, “other sentient life” sounds like aliens to me. Are the aliens hostile? Will the community have a collective challenge of fighting off alien invaders for an event? Or are they friendly? Friendly aliens seems like a really easy way to incorporate other communities in the crypto space in the HashVerse.

Lastly, galactic trade means friendly counterparties to trade with, so there’s at least some friendly parties out there in the universe. I think this again sounds like an easy way to bring other on-chain crypto communities into the HashVerse. This is my guess that I have the strongest conviction on- one way or another, I think other crypto communities will be brought into the HashVerse. Imagine doing something like vampire attacking another protocol in the HashVerse. That would be interesting to say the least.

It seems very clear to me that HashFlow is trying something really new and ambitious here. They’ve brought on some strong creative talent with SuperConductor, so obviously a significant amount of resources and commitment has gone into this. I personally have zero clue how something like this will turn out, but am quite supportive of protocols trying brand new things. I look forward to seeing how the HashVerse universe lore develops, I’m sure an interesting story will develop out of it. Better than some rods coming out of eggs, at least.