Are DAOs Decentralized? Part One

Many DAOs claim to be decentralized - but are they really? This series examines how to measure decentralization in organizations to get a better sense of the pros and cons of decentralized governance.

This is Part I in a three-part series. Please check out Part II for a review of academic literature on measuring decentralization, and Part III for a framework that can be used to measure decentralization in DAOs.

What Do We Mean by Decentralization?

As important as decentralization appears to be, everybody you ask seems to have their own ideas about what it actually means. Depending on who you talk to, decentralization might have something to do with: 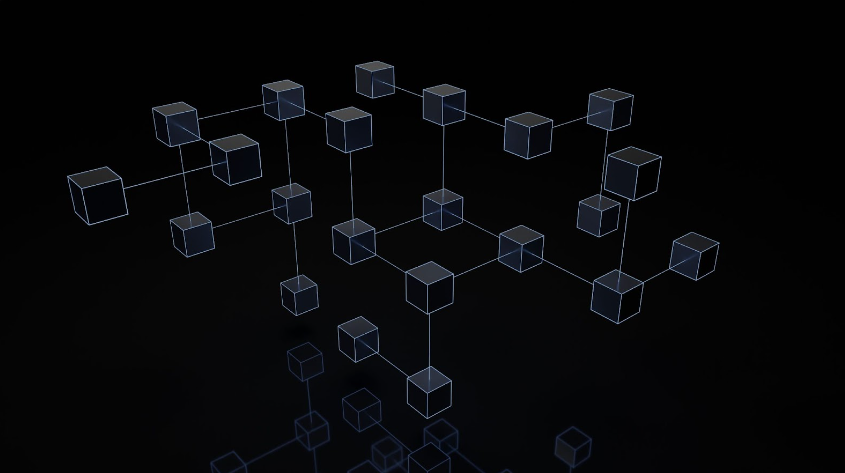 What Does Decentralization Actually Mean?

A lot of DAOs focus on creating environments where anyone can show up and participate, but there’s a big difference between accepting help from whoever comes along and making sure people are empowered to participate in a way that can be considered decentralized.

This problem certainly isn’t confined to DAOs: many organizations struggle with questions about how to fairly distribute power between founders, investors, and workers in the form of equity. Giving any group too little or too much power can disrupt the balance the organization needs to stay productive.

To gain more insight into the pros and cons of decentralized governance, it would be helpful to have a way to gauge how decentralized different organizations are relative to each other. Here’s how I want to go about that:

In a 2019 report entitled Decentralization: An Incomplete Ambition, Nathan Schneider argues that decentralization can be more accurately described as a political flag people use to signify a common identity than a technical term that can be used to describe a particular type of arrangement.

Decentralization can be a useful rallying cry, and it bears liberating truths, but it also obscures a fuller reality. A case of alleged decentralization is almost certainly more accurately, modestly described as a matter of broader realignment or reorganization. (p16)

As Nathan and many others have pointed out, whenever we look at something that’s been called “decentralized,” the reality of things doesn’t seem to support such a conclusion. For example, the Internet has historically been described as “decentralized” in spite of the fact that a number of centralized organizations have been, and remain necessary for the thing to even operate. 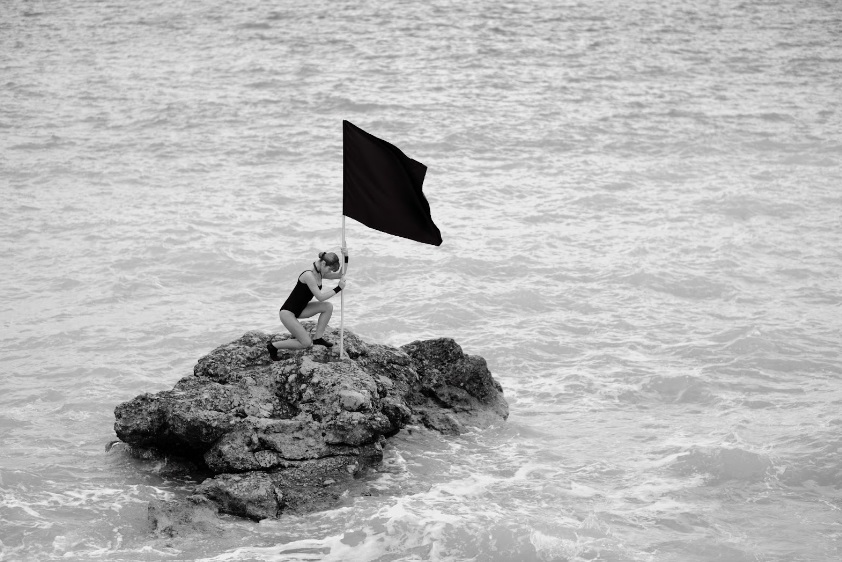 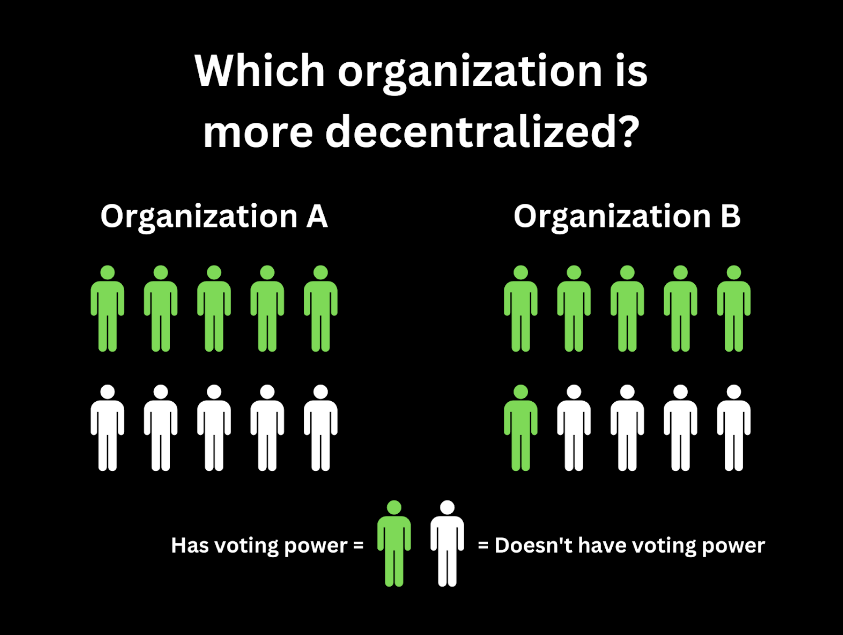 Which Organization is More Decentralized?

Applying this line of thinking to DAOs, for a DAO to be considered “less centralized” than a comparable organization, there needs to be transparent evidence that all of the power isn’t in the hands of one or a small number of token holders. This raises a couple of important issues:

DAOs generally use one of two methods to facilitate voting: “one token, one vote” and membership-based voting, typically using something like Snapshot.

In both cases, it’s not enough to consider the distribution of voting power at any given time, we also have to consider how much voting power a single voter can potentially gain access to. A DAO might look decentralized by having an active community of voters but if a single voter can buy enough tokens or set up enough accounts ahead of a vote, it’s possible that the real power in a DAO lies with a lot fewer people than anybody ever intended.

A lot of individuals in DAOs prefer to obscure their identity to help minimize any legal risk associated with their participation. In the bigger picture, this means DAOs that privilege decentralization in terms of their ability to avoid regulation over decentralization in terms of the distribution of power in the DAO would not be likely to embrace this type of transparency.

Can We Measure Decentralization in DAOs?

If different types of decentralization are inherently at odds in this way, we have to judge each type on its own merits. Just like you can’t judge a fish by its ability to climb a tree, you can’t judge a DAO focused on avoiding oversight on the same terms as one focused on distributing ownership.

Whether we only focus on specific types of DAOs or try to accommodate different DAOs based on their own priorities about decentralization, developing a framework for measuring decentralization in DAOs will mean considering a number of important variables. That’s exactly what we’re going to do in Part II.

After all, what good is a DAO if it isn’t actually decentralized?