We’ve all been told that bear markets are for builders, but what does that mean for the NFT sector? Get to work drawing more birds, bears, and apes? On the contrary, plenty of NFT-centric DeFi protocols have emerged recently and expanded the utility available to JPEG holders – and plenty of new contenders are entering the playing field.

Frogs has covered this crossover between DeFi and NFTs previously, and Leveraged Degen did a terrific job outlining early movers in the space like SudoSwap, Gem.xyz, and NFTfi. These were projects that centered around increasing liquidity for NFTs. They introduced gasless swaps, NFT collateralized loans, and an aggregated marketplace. Now a new wave of NFT DeFi is on the rise, with a new set of ambitions. These projects want to introduce things like NFT appraisal markets and NFT derivatives.

So who are they? Let’s take a look at two protocols that are getting ready to step in and change the game. Today, we'll start with Abacus.

It’s been said a million times before, but I’ll say it again: liquidity is king. In this case, it's the king of providing valuations for illiquid assets, and you can see how that process might be difficult. To put it simply, no individual knows the true price of a cigarette smoking monkey in a pirate hat. If you have one and want to find out, your only choice is to list it for a price you hope someone else will accept, or leave it up to chance in an auction. Of course, there’s a floor price and prior sales to give some guidance, but in essence it's worth what someone else will pay for it. Is there a better way to get an accurate estimate? 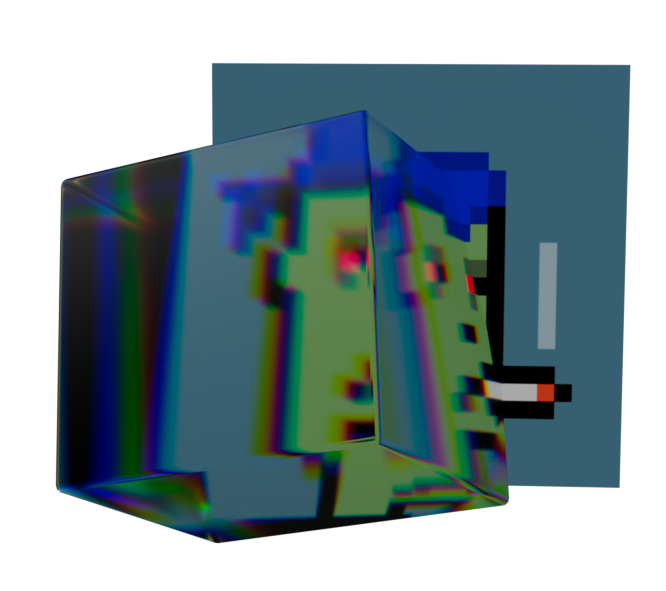 Abacus.wtf is on a mission to introduce liquidity-backed appraisals to the NFT space, cooking up a slightly complex but well thought out mechanism for doing so. The basic gist is this: the owner of an NFT lists it on Abacus looking for liquid backing and appraisers provide it based on their belief of what the NFT would sell for at auction. In the process, they essentially crowdsource a proper valuation for the NFT.

Sounds simple enough. So how does it work? 2. The owner of the corresponding NFT(s) signs the pool in order to activate it and turn on rewards for appraisers while retaining custody of their NFTs, and appraisers deposit ETH to fill tranches.

3. NFT depositor(s) have the option to close their position, exchanging their JPEG for their share of the ETH in the pool.

4. Once a position is closed, the underlying NFT goes up for auction and tranche holders are paid out on a first in first out basis.

This is the basic mechanism of Abacus: appraisers are incentivized to give realistic valuations as they will only be paid out if sale price is above the tranche level they bought into. NFT owners are incentivized to participate in pools to receive liquid backing for their JPEGs, which they can access by closing the pool, or take into the wider NFT x DeFi ecosystem to obtain loans on their NFT.

This system is great for NFT owners, but what about the appraisers? Why should they potentially risk their ETH backing NFTs? This is where Abacus’ native token comes into play.

Abacus’ ABC token is used for revenue sharing, ve-style gauge control, and governance purposes. Revenues are distributed proportionally among ABC holders who participate in an epoch’s gauge allocation, which involves voting for certain collections to offer boosted rewards to appraisers. These incentives attract appraisers, giving them influence over protocol governance and sharing revenue to balance the risk of backing an NFT. 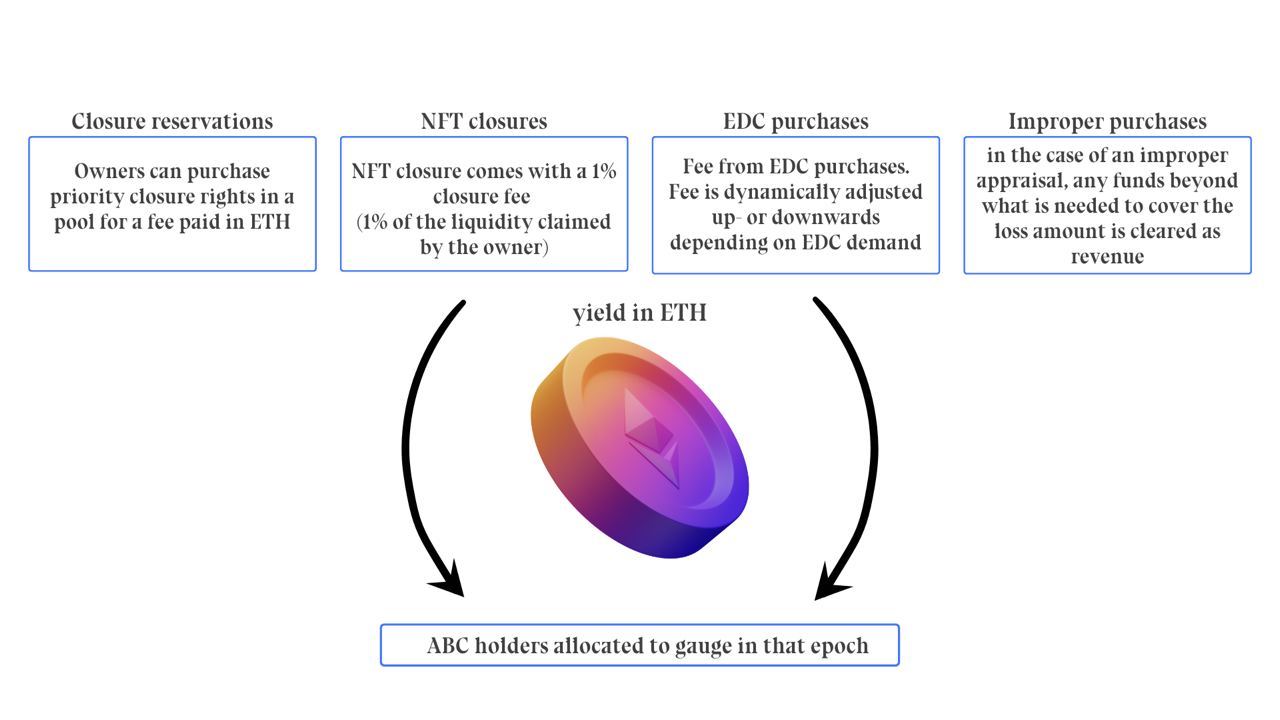 Revenues are generated through four avenues within the protocol:

EDC are essentially a claim on ABC, used to determine the proportion of an epoch’s emissions each appraiser will receive. EDC are acquired after an NFT position is closed, costing the appraiser a fee of 1% of the liquidity they provided.

Generally speaking, the more liquidity they back, the more EDC are available to them. Appraiser rewards also depend on tranche position, as higher tranches will see their rewards boosted to compensate for the added risk, while lower, safer, tranche rewards are reduced. Gauge allocation also plays a role, as pools containing boosted collections will net their appraisers extra rewards too.

Believe me, I had to read the whitepaper about six times over to get a solid grasp on Abacus, as it truly is an innovative and ambitious project. I do think some things can be streamlined, like getting rid of EDCs, which seem like an extra step in the rewards claiming process. Then there’s additional features like credit bonds and different types of bribes that I didn’t include here for brevity’s sake. Either way, reliable valuations and liquid backing are exactly what NFTs need to further unlock their potential as assets, and Abacus provides both. There’s a reason tons of other NFT protocols, and even Redacted Cartel are partnering with Abacus. Will it become the Curve of the NFT world?

I would highly recommend reading the Abacus whitepaper to get a deeper understanding of the protocol.

Tomorrow we'll be back with an equally exciting project: NFTperp. NFTperp will offer perpetual futures on NFTs, allowing users to long, short, and hedge exposure to their own collections, along with many more features. So tune in then, because this will be a good one.